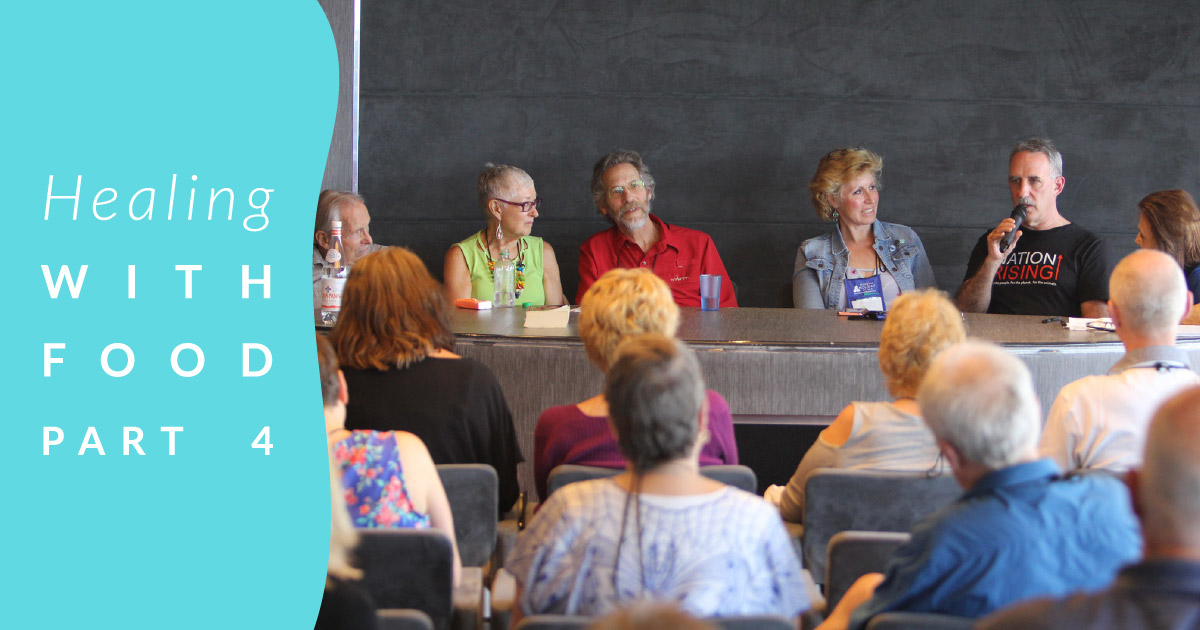 Every year on the Holistic Holiday at Sea, the Recovery Panel is one of our most popular sessions. With courage and grace, participants share personal stories of illness and health, and how a plant-based diet, macrobiotic lifestyle, and holistic wellness regimen contributed to their healing process. This is the final part of a four part series featuring the stories from the Recovery Panel.

At age 19 Ginny had a stroke, which was surprising to everyone because she was a gymnast. After a lot of testing, she was told she had Takayasu arteritis and that she wouldn’t live past 30.

A couple years later, she was diagnosed with Crohn’s disease. She became very malnourished. She had trouble digesting anything. She became housebound and couldn’t go anywhere.

“I was only in my early twenties. This is not what I signed up for. The doctors said it was just a spout of bad luck. They said they didn’t have anything for me other than medication and colon surgery.”

She spent seven years in and out of hospitals.

“I was born in Chile and I can remember my grandmother going into the yard to get our remedies. I started thinking back and thought that there’s got to be some sort of connection to all of this.”

Ginny and her family researched and came across macrobiotics.

“Macrobiotics made sense to me from the beginning. It scared me a little bit because for seven years I had been told, ‘Don’t eat fiber. Don’t eat vegetables.’ But macrobiotics was teaching whole foods. I had to do something. So many people had been telling me what to do, and I knew I had to go within myself to decide.”

The first week of eating macrobiotics, things began to change. The doctor suggested the colon surgery again and Ginny decided not to do it. The doctor was upset and said, “You’re going to hurt yourself. This is not scientifically proven.”

“I just burst out in tears and said, ‘What else can I do? Look at me. I have to do something.’”

The doctor agreed but said he would follow her even more closely.

“He ended up watching me get well before his eyes, and he took interest. For the first time in seven years, I was off medication. I was able to see that for the first time, I had a second chance in my life.”

Ananda’s doctor gave her all kinds of medication, but she was allergic or too sensitive to it. She was sick all the time from the side effects. About 13 years in to the MS diagnosis, she decided to stop all the medications. She’s been clean for six years.

Thanks for all of the Plant-Based Inspiration

Want more plant-based inspiration? Join us in February 2020 for our next Holistic Holiday at Sea Vegan Cruise. Book today to travel to Puerto Rico, St. Maarten, and Antigua and Barbuda.