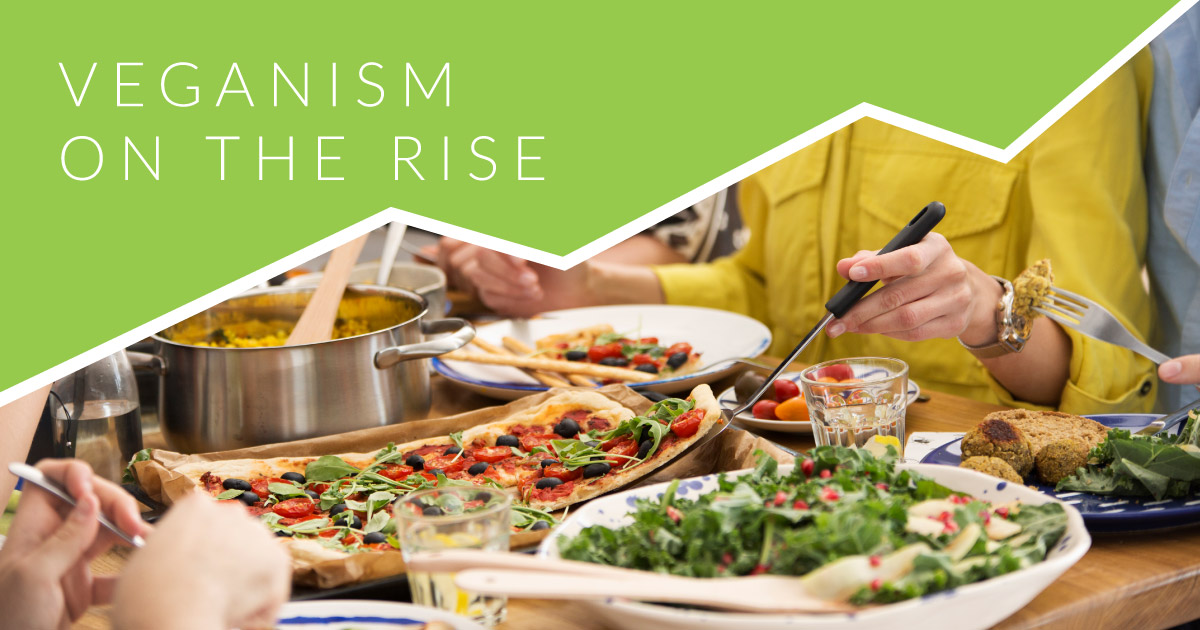 In the spirit of New Year’s Resolutions, Veganuary, a registered charity, encourages people to go vegan for the month of January and then try it throughout the rest of the year. Veganuary is dedicated to changing public attitudes, while providing information and support to transition to a vegan lifestyle. They provide vegan starter kits with label reading guides, meal plans, and dining out tips; vegan recipes, and more. While there are plenty of New Year’s fads and trendy month-long pledges, evidence supports that veganism is actually on the rise.

Worldwide, search data from Google Trends shows an impressive jump in vegan-related topics from 2004 to 2018. On Instagram, #vegan has more than 72 million posts. Today, vegan food is more accessible than ever before, with more supermarkets and restaurants offering vegan options and social media influencers continuously sharing health-conscious information. In the news, animal welfare and environmental concerns are also at the forefront.

More mainstream health organizations are even recommending a plant-based diet, including Kaiser Permanente, the largest healthcare organization in the U.S.; the Dietary Guidelines Advisory Committee; and the American Institute for Cancer Research.

If you’re looking for something more immersive, voyage with us on Holistic Holiday at Sea! Onboard our vegan cruise, guests eat delicious plant-based meals, learn a wide variety of diet and health topics, make new friends, and explore exotic tropical ports. It’s more than a great vegan travel experience, it’s an opportunity to jump start a healthy lifestyle or stay on track with the one you already have. With so many amazing options, it’s no wonder that National Geographic Traveler calls Holistic Holiday at Sea “one of the 100 best worldwide vacations to enrich your life.”

The March 2019 cruise is sold out, but we will begin taking reservations for our February 21-28, 2020 cruise in late March. Our super early bird discounted rates for the 2020 cruise will be available for reservations made through April 24th, 2019.