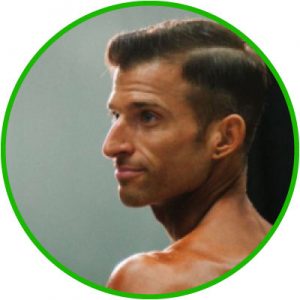 Giacomo Marchese has been vegan for over 15 years and involved with fitness for more than 20 years in many different arenas. He specializes in coaching others. As an athlete, Giacomo is actively competing in bodybuilding and powerlifting. He has won several awards and holds a champion title in both sports.

Together, with his wife Dani, he co-founded VeganProteins, an online coaching business. They also co-founded Plantbuilt, the largest and most diverse team of strength-based athletes in the world. Giacomo uses strength-based sports and travels to various mainstream fitness expos and vegan festivals across the country with the Vegan Strong team to raise awareness for animal rights and welfare.