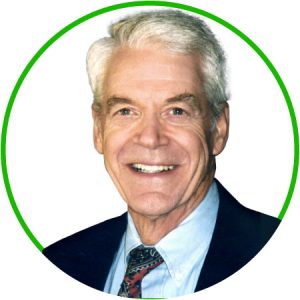 Caldwell Esselstyn Jr., M.D. is a ground-breaking pioneer in preventive and restorative cardio-vascular medicine and a world class athlete. In 1956, he received a gold medal in rowing at the Olympic Games. In 1968, as an Army surgeon in Vietnam, he was awarded the Bronze Star. He received the Distinguished Alumnus Award from the Cleveland Clinic Alumni Association in 2009. Dr. Esselstyn’s scientific publications number over 150. His pioneering research is summarized in his best-selling book Prevent and Reverse Heart Disease. In 2013 he received the Yale University George Herbert Walker Bush award for lifetime achievement. Dr. Esselstyn is featured in the popular plant-based diet documentary Forks over Knives and appeared in the CNN special, “The Last Heart Attack” and other CNN programs relating his work to President Clinton’s decision to become a vegan for health reasons.